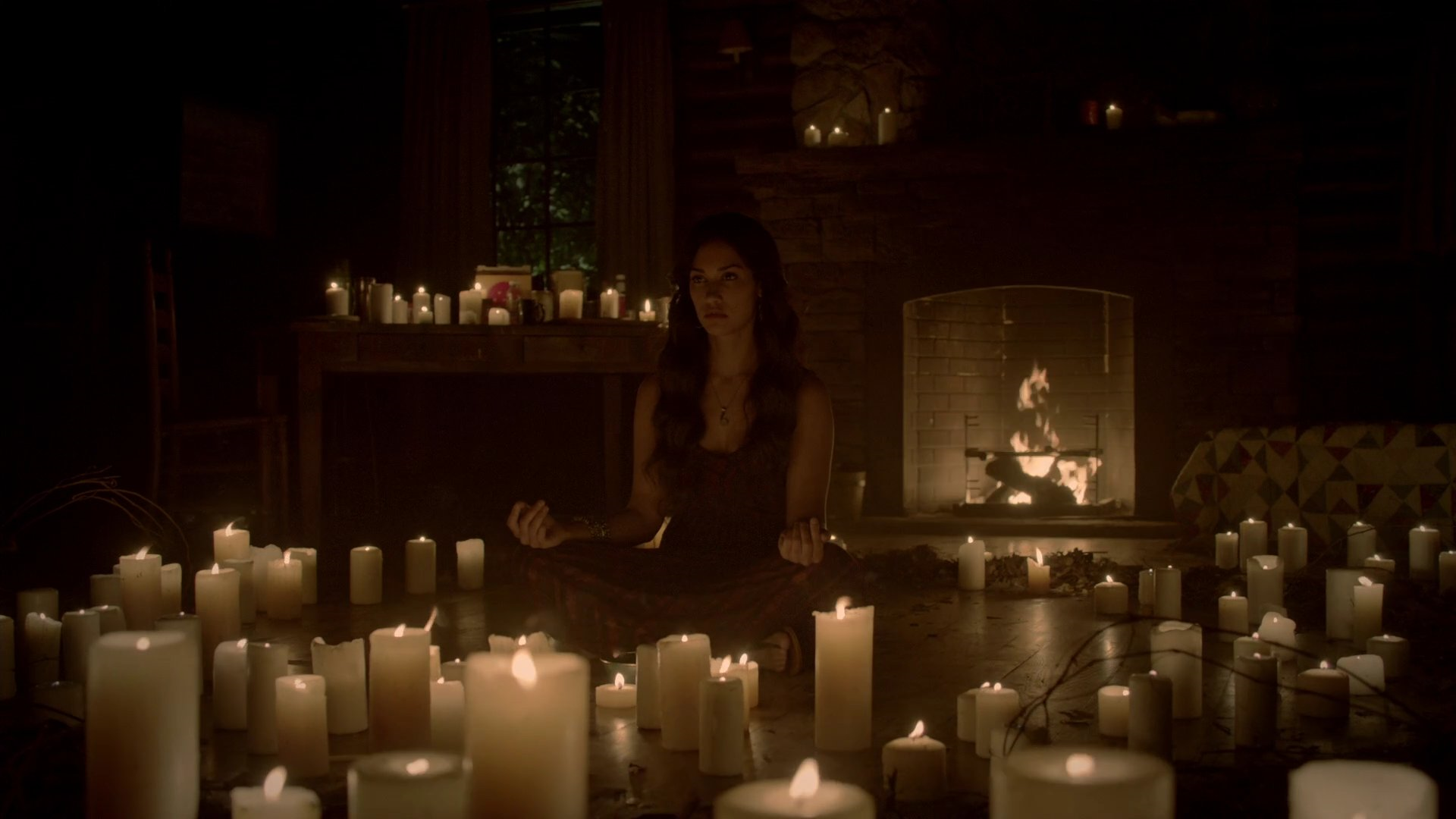 
I was a bit confused by her name, I know enough of my biblical studies to know that Lilith was supposedly Adam's first wife. She essentially refused to bottom to him, and because of that Adam and God cast her out, only for Eve to be created. She was then made the mother of all demons. I call bullshit, that story had to have been made by some religious wing-bat that wanted to keep women oppressed.

Judging by the cross around her neck, she was probably Protestant, and the fact that she was named after the Mother of Demons is probably what made me like her even more. I remember showing her off to my neighbours, inviting them in for some coffee and doughnuts while I showed them my antique picture gallery. Several of my neighbours were offput by her, saying that she felt creepy to them.

I didn't understand what they were talking about, all I saw was her beauty. I decided that my neighbours just couldn't handle the idea that I had a picture of someone that I never met and had never heard of in my bedroom, and stopped showing her off. She would remain there, only to be seen by myself. Months had passed, and things were looking good. I had gotten a promotion at work, I finished my degree, I had met a girl that I really liked, and my parents had stopped bothering me about my official stance as agnostic. I was happier than I had ever been in my life, and it was showing.

I looked better than before, I was practically skipping everywhere my neighbours sure got a laugh out of that , and I had a smile that was almost always on my face. I was getting changed in my bedroom when I looked over at Eve, mainly to check if she had to be dusted. That's when I noticed something a bit odd - her eyes were open, staring at me with a look of shock. Had she looked like that before? Or was I just imagining it?

Writing it off as the latter, I left my apartment and went to work. The entire day my mind was on Eve's face. It looked like she was shocked to see a woman changing in front of her. Deciding that I would look at her again when I got home to put my mind at ease, I went to work. Hours passed, my shift ended, and I was allowed to go home. I caught the bus at the last minute, and time seemed to fly between when I got on it and when I got off. Weird thing was, I caught a couple taking a photo of themselves on the bus seats to my left.

As the flash went off, for a moment I swore I saw something drag itself into the camera. It happened so quickly, so suddenly, that I figured I must have seen something move behind the flash. I got off the bus, jogged up the 5 flights of stairs to my floor, and entered my apartment. Everything looked the same, but at the same time, everything looked a little different. Like everything had moved by the slightest degree. Especially that photo of my late cat, Mister. It looked like he was begging for some food, but when I had taken the photo he wanted to play with me.

I dropped off my messenger bag and waltzed over to my bedroom, rubbing my shoulders while I did so. I opened the door and looked at Eve, only to freeze in place.

Her left hand, which had been holding the book by her side, was pressed up against the glass. And I don't mean just held up for the photo, I mean that I could actually see the pressure of where her hand was touching the glass. Her eyes were looking directly into mine, and when she realized that I could see, she smiled.

I ran into the bathroom, the only room in my apartment with absolutely no photos, and collapsed on the floor in a panting, sweating mess. No way. I had to be delusional, there was no way that Eve moved like that. It was then that I remembered the message that the elderly woman who had last owned Eve had left - to keep her covered at all times. What had she meant by that?


It wasn't like I could ask her, she was dead. Hell, I didn't even know her name! It wasn't like I could summon her spirit or something! I splashed my face with cold water, took off my shirt and wiped the sweat from my body, and exited my bathroom. I needed a clean shirt, after all. When I entered, Eve looked at me and slowly, slowly covered her eyes, a grey blush on her cheeks. I stared at her for a little longer. I felt the blood drain to my feet.

Eve knocked on the glass, and I could hear the faint "thump-thump" that sounded. I grabbed the desk behind me, using it to keep myself up. She looked away again, waving her hand to my dressers. Robotically, I walked over and put on a shirt. She wasn't going to interact with me until I did so. It was only then that I could confirm that I needed to see a psychiatrist. I mean, moving photos?

This wasn't the world of Harry Potter, for crap's sake! When I was relatively covered, Eve looked back at me, a smile on her face at the fact that I was clothed. Eve looked at me, a smirk on her face. Her finger touched the glass, and as it traced shapes, a black substance was left behind. Many times when I was detoxing trauma from my soul my body would shake and I could feel the toxin leave my body. One time I was doing yoga at home with a DVD instructor and I was in a supported bridge position and the instructor said, now give your hips a little shake to remove anything trapped in there.

As I did so, I felt something dislodge in my soul, and tears sprang to my eyes and I silently wept for no particular reason at all for a few moments. Then it was gone. I never knew what I had detoxed at that moment but it was some small bit of trauma or grief. When my friend told me about the therapy years later and I saw it in action, I was very interested to see that this exact position is one of the main ones used.

After twelve years of screaming, finally one day it just stopped. That was about four years ago now. Sometimes I feel the sting. Sometimes I still get angry and slam a door.

But I do not scream. And that is a huge huge thing. Cleaning out my soul was a very long very arduous process. It was a very dirty place.