He examines each clause of the Creed in a separate chapter, considering the context, pagan, Jewish and alternative Christian. Here he is able to make good use of twentieth century discoveries of and recent scholarship on ancient manuscripts such as the Nag Hammadi library, to reveal the variety of early Christianity and present alternative theological views, such as those of the so-called 'Gnostics', in a much fuller and satisfactory way than earlier treatments.

Thus there are valuable and nuanced treatments of various early perspectives on e. The theological analysis and reflection are of a high order, while presented in a way that is accessible to lay people.


This is aided by a useful Glossary of theologians, early Christian documents and theological terms. The author's concluding reflections on the continuing relevance of the creeds, particularly his appeal to approach them as icons rather than idols, are very pertinent but ought to have been developed at greater length and in greater depth.


There's useful section on internet resources and the Select Bibliography is just that, if one could argue with it. To be honest, I cannot understand why this ancient creed continues to excite interest or have a place in modern liturgy. Not that I've always felt this way. Every Sunday in church as a child, I sat next to an elderly woman who always stood to attention when it came to reciting the Apostles' Creed. For her, it was an unquestionable statement of fact and, moved by her respect for it, that's how I accepted it as well.

Today the recitation of this Creed, removed completely as it is from the context and culture in which it was formulated, leaves me cold. Far from opening a window on to God, its continued use in the Church has baffled and exasperated me.

It was with great relief and a sense of liberation that I read the Introduction to Ashwin-Siejkowski's book. I was not being asked to approach this ancient relic of a Creed 'on my knees', but critically and with the purpose of understanding the issues and arguments through which it came to birth. Ashwin-Siejkowski makes it clear that the language of the Creed is of analogy, and that the images used were never intended to be taken literally. In these words my own sense of alienation in relation to the Apostles Creed was expressed with the result that I felt the book might well have something to say to me as well as to those, like the friend of my childhood, who hold the Creed in the highest regards.

The major work of the book is to take each statement of belief from the Creed and to look at the theological debates and questions that lay behind it. Readers looking for clearly expressed detail will not be disappointed by Ashwin-Siejkowski's scholarly analysis. His enthusiasm for his subject is engaging, as is his concern for accuracy. What becomes clear is that those responsible for the formulation of the Creed had no greater access to God than we do today.

and its Early Christian Context

Just like us they debated the nature of faith and belief in the context of diverse theological perspectives about the man Jesus and his life and death, using the languages of that time and culture. The Creed itself might well be seen to tell us more about the power politics, theological arguments and faith perspectives of the time, than it does about that which we call God. To be true to the spirit of the faith of those who formulated the Creed is not to set their words on a pedestal, as the vast majority of Christians have done for centuries, but to be free to find and unfold our own understanding through on-going debate about, and exploration of God in this time and context, mindful of, but not bound by the languages of Christian voices from the past.

It is perhaps an indication of the value of Ashwin-Siejkowski's book that at the end of it, I, the initially reluctant reader, found my perspective changed. More filters. Sort order.

and its Early Christian Context

Books by Marshall D. Trivia About The Apostles' Cre Christ and Culture by H.

The Creed: What Christians Believe and Why it Matters

The Apostles' Creed - Lesson 5: The Church

Three mothers from three different faiths form a group to discuss their beliefs and their personal struggles with faith and life. A look at the intersection between faith and politics in the U. Jesus and the Disinherited by Howard Thurman. The director of the National Institutes of Health and former leader of the Human Genome Project argues that faith and science are not incompatible. It argues that churches should focus on developing Christian life and community rather than attempting to reform secular culture.

Explains how the meaning of the cross and the lynching tree are intertwined and considers what they mean today for both black and white America and the church.

The Creed: What Christians Believe and Why it Matters by Luke Timothy Johnson

A Theology of Liberation by Gustavo Gutierrez. The book burst upon the scene in the early seventies, and was swiftly acknowledged as a pioneering and prophetic approach to theology which famously made an option for the poor. Torn: Rescuing the Gospel from the Gays-vs. The founder of the Gay Christian Network shares his own experiences and calls for respect on all sides of the debate about the place of gay Christians. The Violence of Love by Oscar A.

The Cost of Discipleship by Dietrich Bonhoeffer. Two scholars delve into the nativity stories in the Bible, breaking down misconceptions and exploring what those stories mean today. 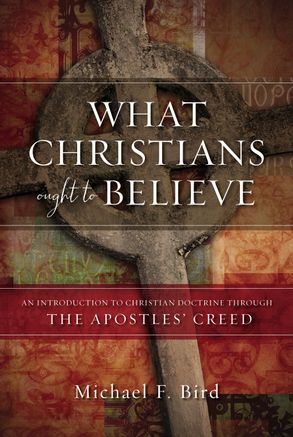 Introduction to Christian Theology by Justo L. Two theologians with different views hash out their disagreements about Jesus in a respectful dialogue about questions that both consider vitally important. The Mind of the Maker by Dorothy L.